Cor! The Sega Megadrive has reached the same age as a 25 year old person. That’s a quarter of a century! Do you feel old? I do. How do you celebrate such a momentous event? Well, I have vandalised a cartridge. A Virtua Racing cartirdge, to be exact.

You see, while Virtua Racing may not be as fondly remembered as some of Sega’s other arcade classics (it is definitely the quiet and unremarkable middle child of the Sega racing family,) the Mega Drive port represents the technical zenith of the entire 16-bit era: Sure, Nintendo may have held the initiative  thanks to their rather ingenious Super FX chip, but Sega sought to regain it in style. Not only did they develop a chip that was superior to the Super FX, but they intended to use it to port a number of their latest arcade machines to the Mega Drive – including Virtua Racing and Virtua Fighter. The Sega Virtua Processor was born. 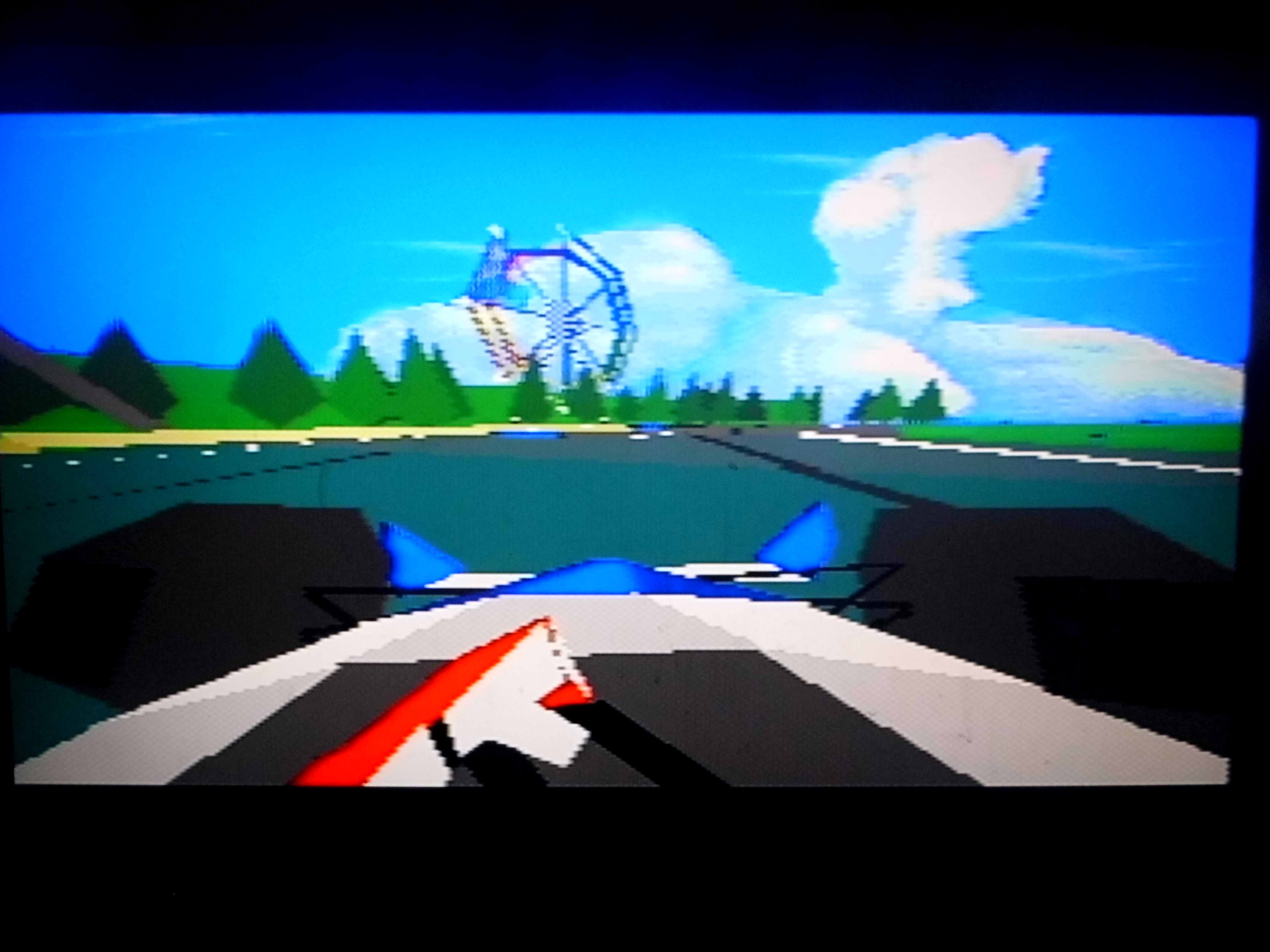 Booting it up today, Virtua Processor-powered Virtua Racing feels like a game trapped between eras. Though a quick go should be enough to show you that V.R. is undoubtedly the genesis (see what i did there) of all modern console racing games (complete with its basic drift physics and impressive number of potential viewpoints,)the flat unshaded polygons and basic one-car-3-tracks format reveal a game that wasn’t quite ready for the dizzy heights that would be achieved on the Saturn and Playstation. 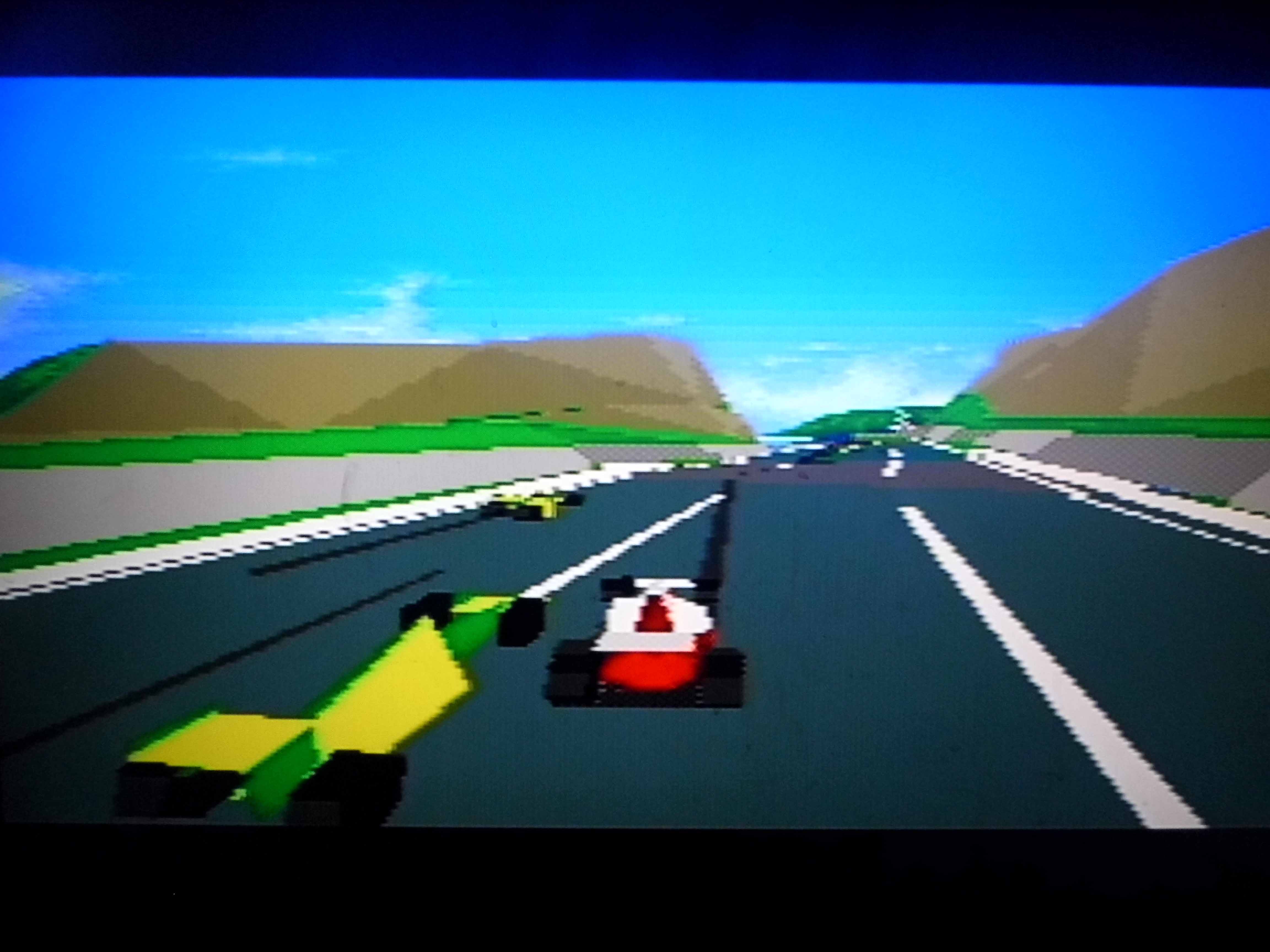 On a technical level, the Mega Drive game should still massively impress you though. In an era where it was common for even sprite-based arcade games to be cut down for the home ports, AM2 managed to squeeze almost all of the original game onto the cart. From the big details such as the Ferris Wheel on the forest track to minute touches such as the grass clippings kicked up when your wheels stray into the foliage, almost everything is here. It’s not just the level of detail retained either, it’s the speed at which it runs at which is most impressive. It may not be as fast as the arcade or 32X versions, but the visuals are definitely smoother and much more consistent than comparable Super FX titles. Blimey. 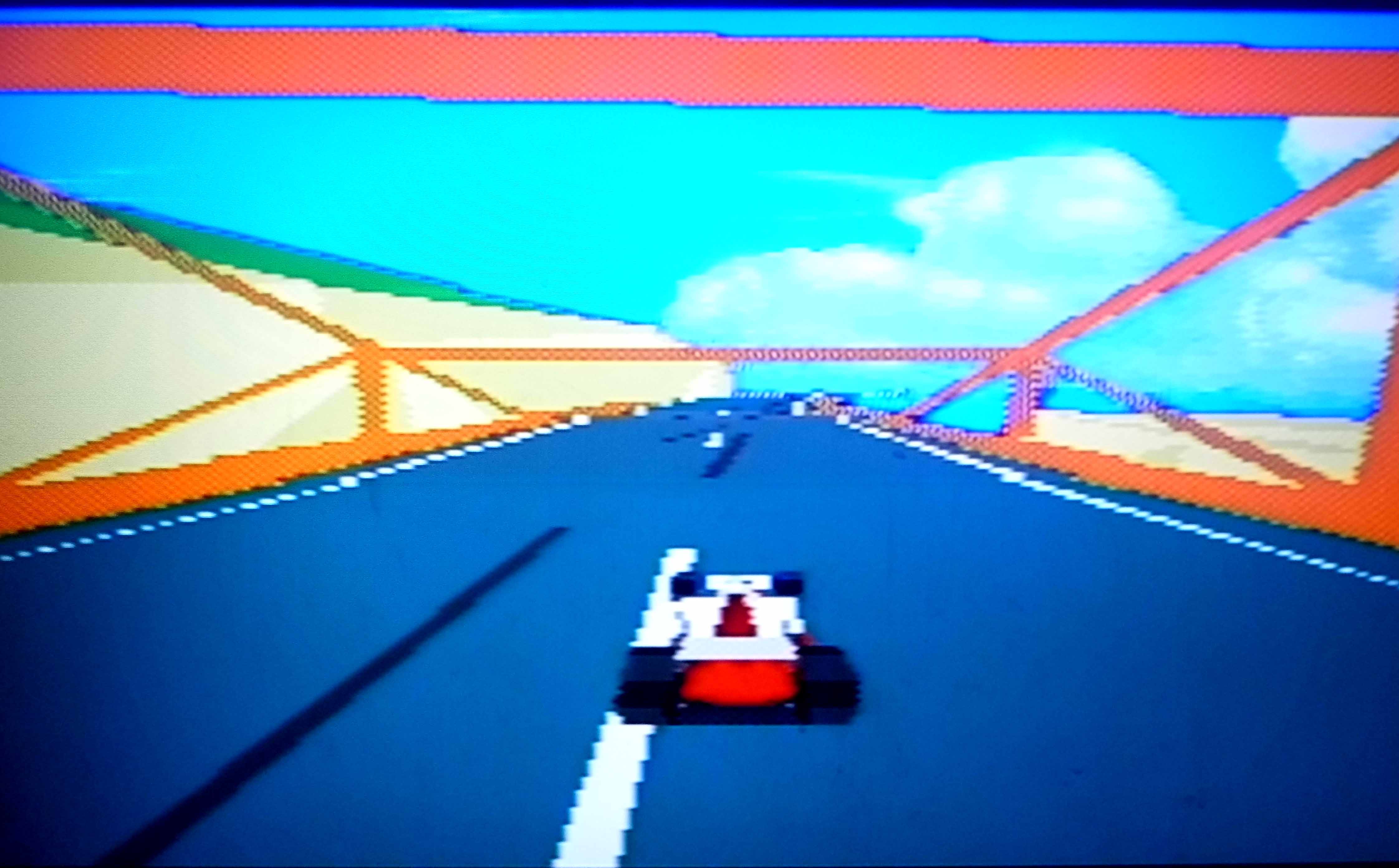 The Virtua Processor was undoubtedly a beast then, but it looks like it may have been a little temperamental too. I’ve acquired a copy of the game that boots up, shows the high scores and backgrounds, but lacks any and all polygonal content. It looks like the processor is dead…so lets open up the cart and take a look, shall we? 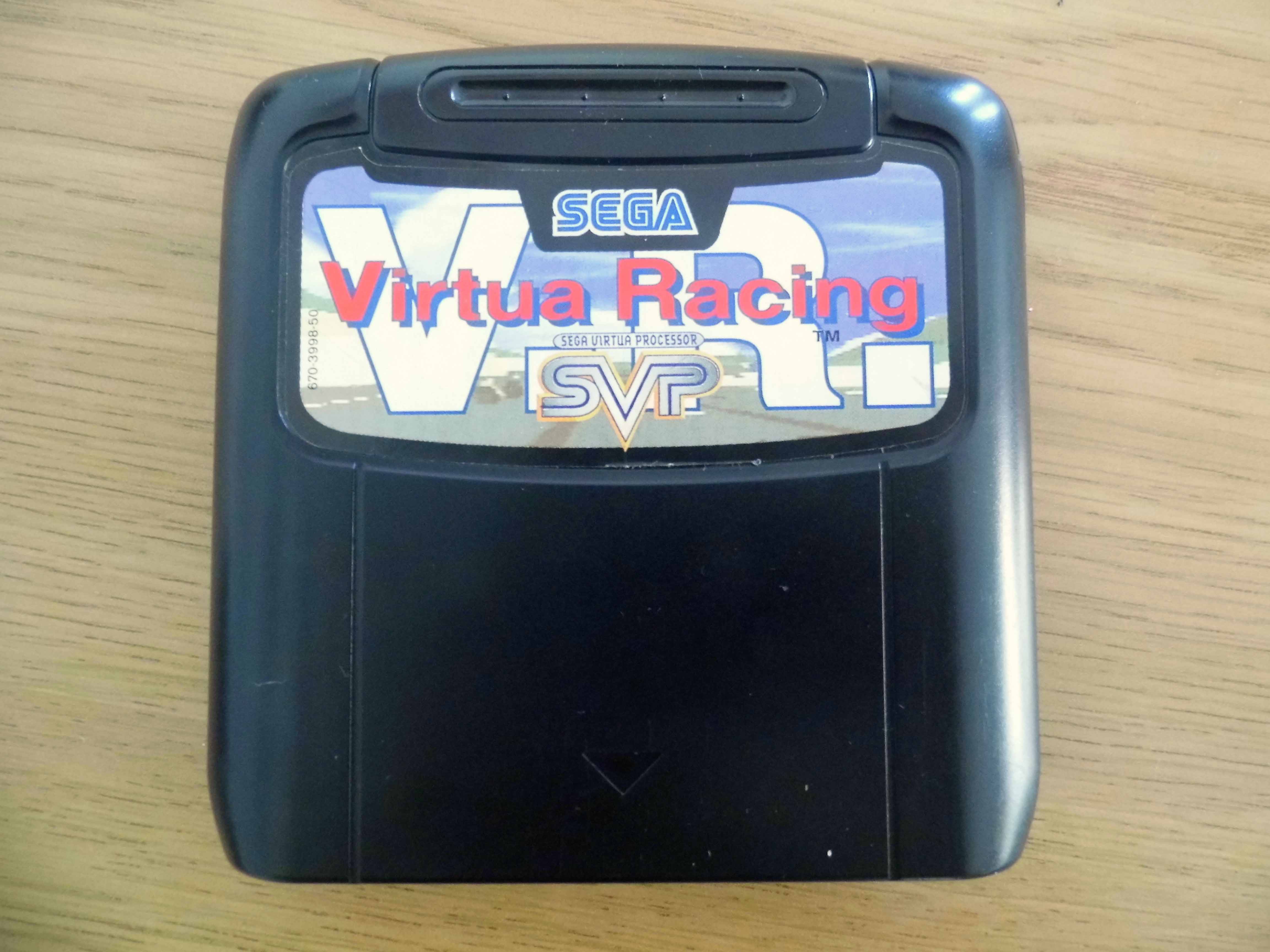 The Cartridge itself. Here we go. 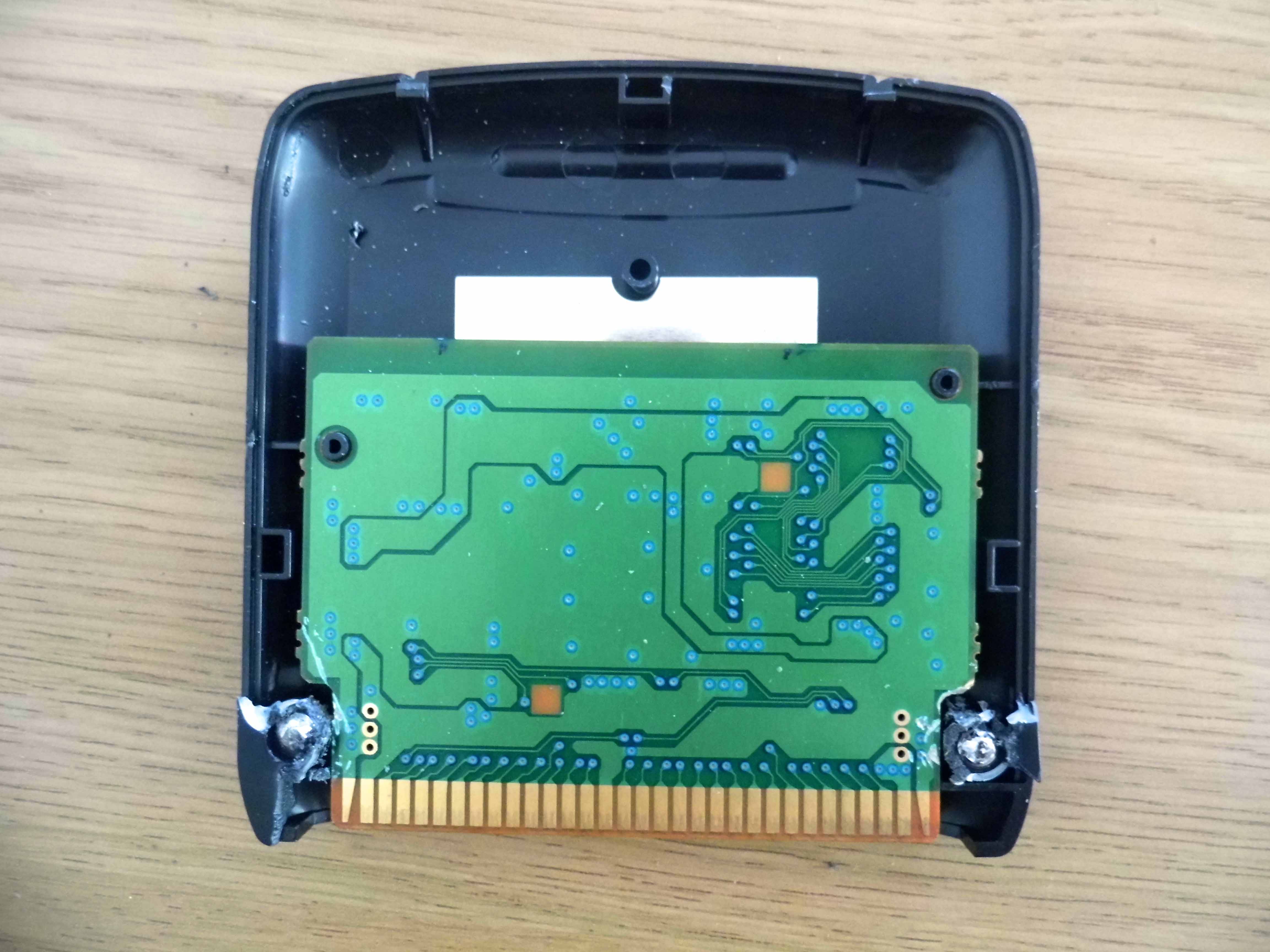 Proprietary screws are no match for Mr Power drill. Here’s the back of the circuit board. Hey – it looks a bit like a racing track! 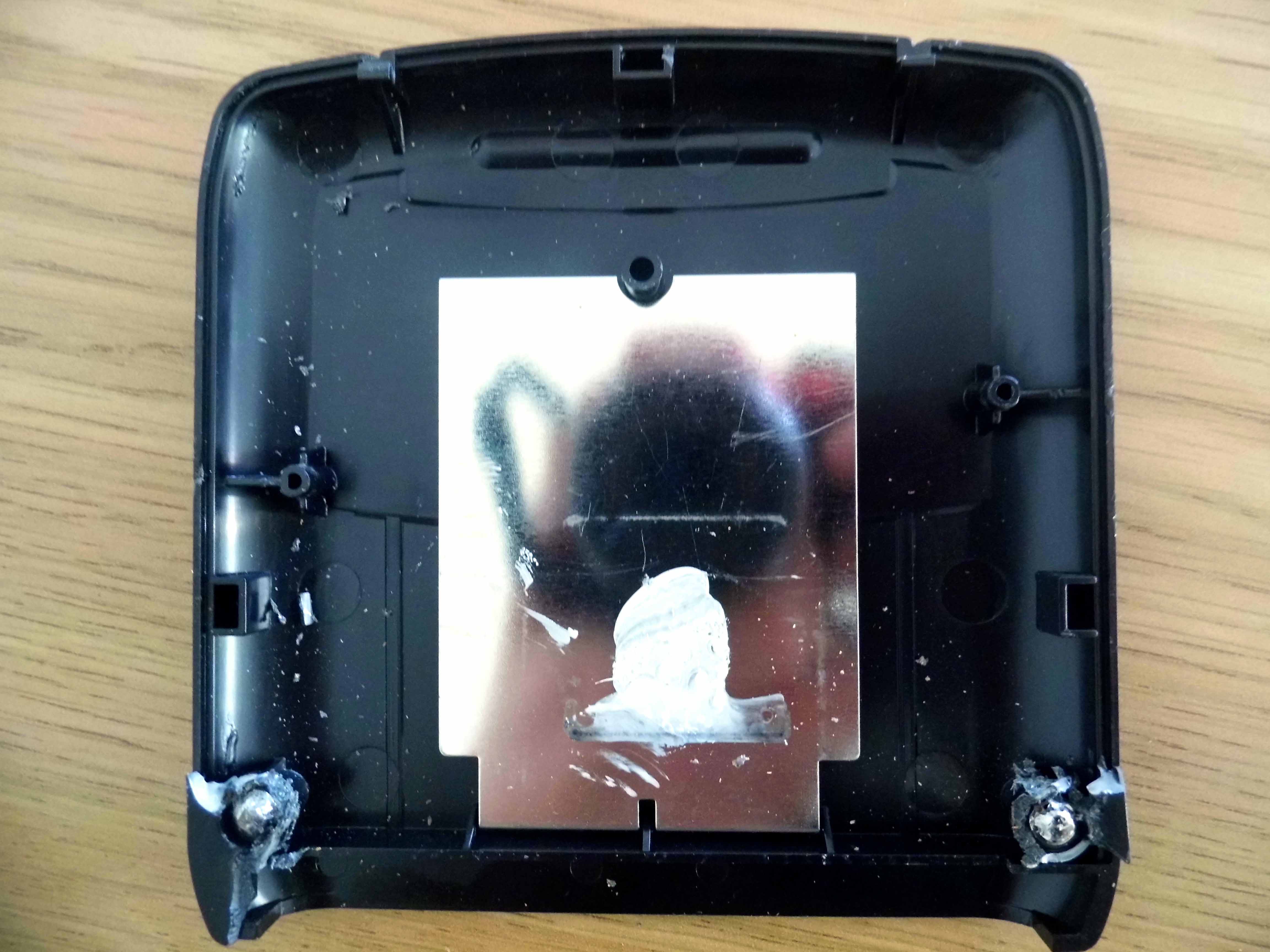 Circuit Removed, a massive heat-sink lies beneath. Sega really were pushing this thing to 11! 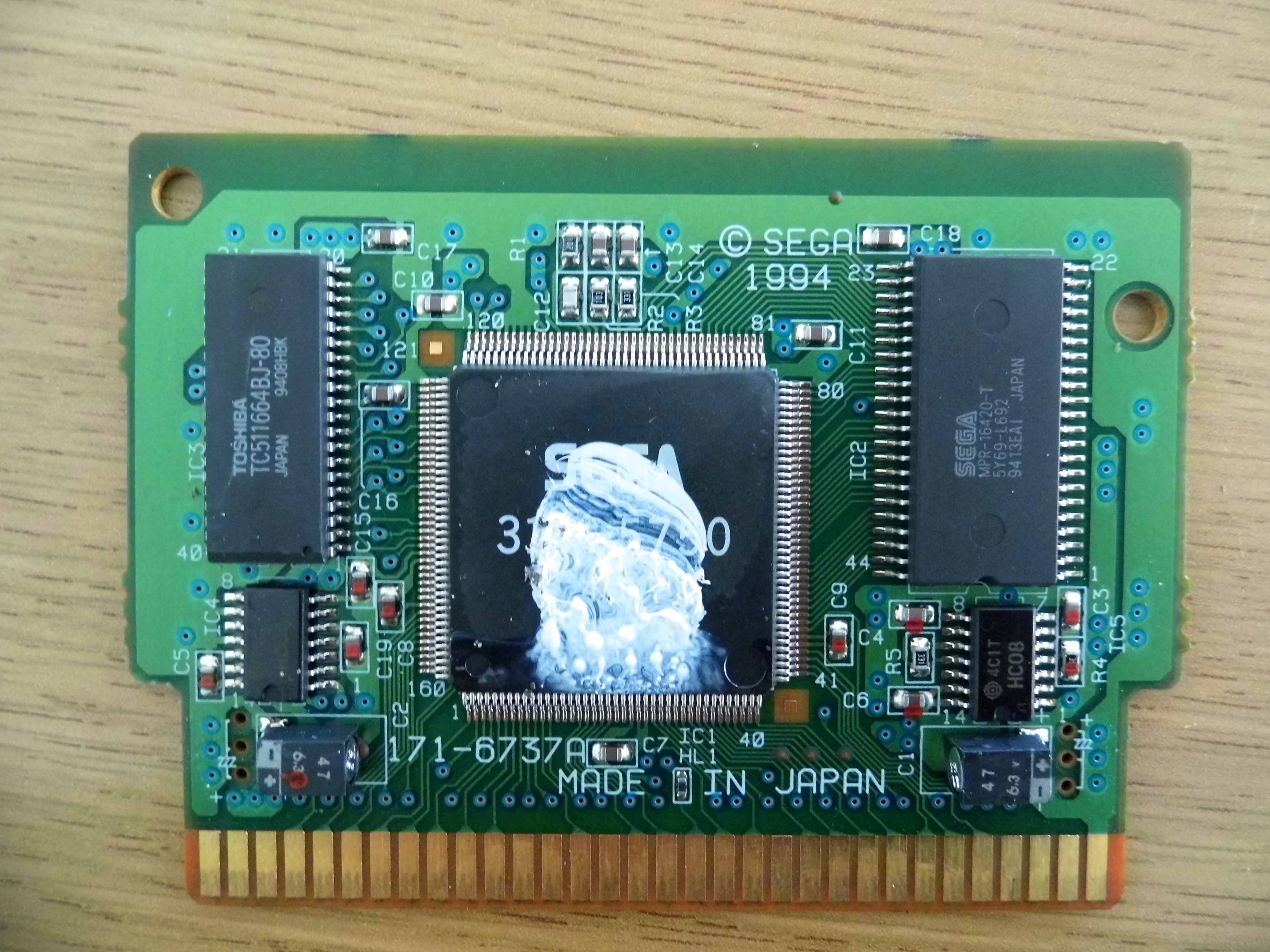 Ah ha! The chips themselves. The huge, gunk-covered monster in the middle is the Virtua Processor. Pretty impressive, hmm? Apparently the Toshiba chips on either side are high-speed RAM banks. Golly.

All pretty impressive, eh? So what happened to the Virtua Processor? Sadly, V.R. was its one and only outing. While Sega had planned to port other arcade titles using the chip, it turned out that Super FX had one major trump card: price. While the prices of Super FX games were comparable to normal SNES titles, VR reached an eye-watering £70 in the UK and breached the psychologically-important $100 barrier in the US. Cutting their losses, the concept was rolled into the ill-fated 32X add on. Oh well!

It’s a shame only a madman would have opened their cartridge up back when it was originally released. At least they would have seen the extra bang they were getting for their buck.