Crickey, 25 years ago the Sega Genesis launched in the US. That can’t be right, surely? It is? I feel old. 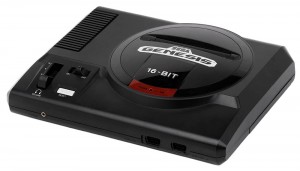 Growing up, we didn’t see much in the way of  import Genesis titles, but from the ones we did see we were hardly impressed with the US branding. Genesis may not be a terrible name for a console, but it doesn’t sound anywhere near as convincing as ‘Megadrive.’ Its a shame that the US copyright to the Megadrive name was held by an obscure company that dealt with high-capacity storage systems.

Speaking of the Megadrive, you may be wondering when its 25th anniversary is. Well, if you’re Japanese you’re out of luck: The Japanese Megadrive was released in October 1988, so it’s almost 26 already! Meanwhile, us poor Europeans had to wait until the 30th of  November 1990, so We still have over a year to go! Those pre-internet release schedules are a funny old thing, aren’t they?

Anyway, to celebrate this slightly depressing milestone, I’m offering 50% off my Chiptune bundle. This amounts to over an albums worth of music for just £1.50! The get the discount, click the button below.

Buy this on Selz
Sell digital downloads on Selz