One of my local train stations has a massive derelict tower block sitting right outside. Today, it looks like they’ve started work renovating it.

Most people will like this, as it’s generally considered a bit of an eye sore: 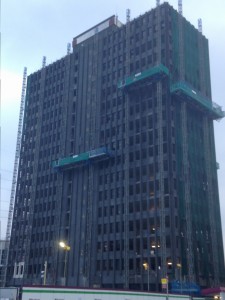 But I like it. Not only is it a nice navigational landmark when you’re travelling around town, but it also reminds me of the cover for the soundtrack CD for obscure beat ’em up ‘Riot City’ 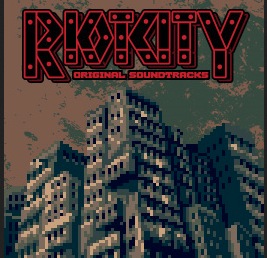