I feel a bit miserly.

On paper, you would think that the re-release of videogame soundtracks on socially-acceptable audio formats would be something I could definitely get behind. Particularly if it lead to a general renaissance of the FM soundtrack side of things (I could potentially be a beneficiary, after all.)

From the beginning, however, the concept made me feel vaguely uneasy, and this uneasiness has been compounded by an article published last weekend over at the Guardian.

From the off, I have major technical reservations about vinyl as a medium for preserving retro videogame soundtracks. Though we could launch into the old vinyl vs CD debate here, I won’t for one very simple reason: Any advantage that a vinyl pressing could potentially bring to the table is nullified if the original sound source is a digital chip generating a sub-CD quality signal. Analogue can only bring an advantage if the entire chain is analogue, from beginning to end.

Yes, I’m aware there’s a thriving subculture of vinyl collectors and the like, but these soundtracks would unarguably be more useful as digital files first. Data Disks have clearly put a lot of effort into their (rather impressive) edition of the Streets Of Rage soundtrack. Not only have they snagged Yuzo Koshiro’s original PC-88 files but they’ve also made use of  an EU Megadrive modded for optimum sound quality – so it’s a massive shame to not have the soundtrack available in its original form (as opposed to a mix specially remastered for vinyl.) Bah humbug. 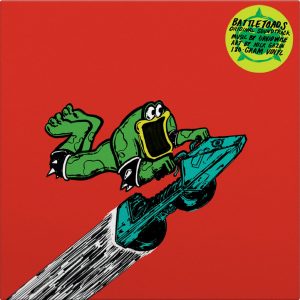 At least the artwork’s nice though

Moving away from the technical aspects, some of the quotes from the creators of these editions are also a little…worrying.

For a start, there’s the slightly irritating nationality angle:

Now don’t get me wrong – the Japanese games industry of the 80’s and 90’s (and Sega of Japan in particular) contained an astounding amount of incredibly talented composers (not just Yuzo Koshiro. As good as his compositions are.)

However, there were an equal amount of amazing composers active in the US and (especially) the UK, who are rarely granted the respect they unquestionably deserve. Rob Hubbard, for example, not only wrote a number of notable soundtracks for Electronic Arts’ Megadrive titles (some lunatic has stitched together a ten minute version of his theme to Desert Strike,) but in his earlier work was also among the first composers to utilise a flaw in the Commodore 64’s sound chip which allow the machine to play digital samples. Blimey.

Maybe I’m wrong, but I worry that the titles that have been chosen for the remaster treatment have been plucked from a relatively small number of titles that modern revisionists consider “cool,” rather than from a detailed appreciation of the history of the medium itself. 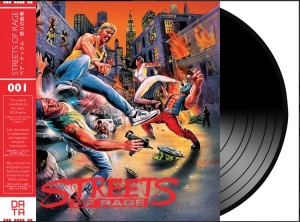 Not Bare Knuckle, then?

Indeed, these worries aren’t alleviated by quotes around the subject of nostalgia:

“It’s much like a great vacation – you get memories from games. Dungeons, bosses – there are these musical themes that stick in your head. You crave that sensation again, and while you could replay the game, the music can bring it back to life – even if you’re sitting in your office.”

Now, it’s worth noting that this is an unfair and leading question (Generally Classic FM aren’t asked why they bother playing movie films independently of the film itself,) but to me that still isn’t a fantastic response. Game music is a really really interesting thing, from a couple of angles:

From a technical angle, the chips themselves are often really interesting bits of kit. Whether they’re the chopped-down FM Synth that made its way into Megadrive or the more pioneering sample-based affairs that ended up inside the SNES and Amiga, they often represent a very individual solution to an individual, console-specific problem. Generally this meant that the chips ended up being interesting and highly individual sound sources that don’t really sound quite like anything else (Leaving aside the software emulators that deliberately recreate their individual quirks, of course.)

From a musical point of view, a lot of these soundtracks are also not directly comparable to anything else. While modern soundtracks increasingly ape those found in hollywood blockbusters, the soundtracks of the 8 and 16-bit eras stand out as a weird mish-mash of different influences from across the musical sphere. Though i dont want to full into the trap of crass generalisation (it’s impossible to create an accurate overriding commentary of a musical movement that included everything from classic rock covers to ambitious space-Jazz) I will say this: I genuinely struggle to think of a musical movement that managed to combine ambitious high-brow influences with low-brow pop sensibility as casually as the videogame composers of the 80s and 90s.

Which is why it pains me to have read a quote like this:

They’re awesome records in their own right [but] only a small percentage of them; the vast majority are quite generic.

This  is absolutely mind boggling. I hope Mr Crook was taken out of context, because this is embarrassingly  narrow minded stuff. Yes, all game soundtracks aren’t up there with Streets of Rage and Street Fighter 2, but then most pop artists aren’t Taylor Swift and most modern guitar albums aren’t Unknown Pleasures. I expect Morrissey to declare that all Reggae is vile, but i wouldn’t expect the same sentiment from a Trojan records executive.

So yes, it makes me feel a little miserly, but I don’t think I can get on board with outfits that belittle the very music they apparently intend to represent. Which is a great shame, as I quite like the idea of being able to replace dodgy bootleg rips with legitimate releases and ensure the composer gets the full credit and compensation they deserve.