While i may spend a good chunk of my gaming time hanging in the early ’90s, i do keep tabs on what’s going on in the contemporary gaming world (and hey, i will get back into Elite: Dangerous at once point. Once it finishes updating, that is.) Consequently, the fact that Sony and Microsoft have announced that they’ve both been working on new hardware didn’t really come as much of a surprise. Sony’s machine, in particular, has hardly been well kept secret.

What has come as a surprise, however, is just how far these new machines have advanced in terms of technology when compared to the PS4 and XB1. The Microsoft Scorpio, in particular, sounds absolutely ridiculous: Over-clocked CPUS, top of the line graphics, shiny metal heat-dinky bits. . .it’s all very exciting, but where does this leave existing PS4 & XB1 owners? 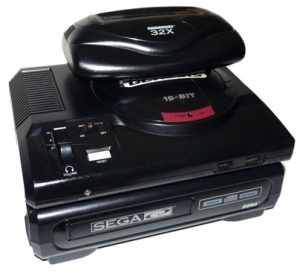 Now, if there’s one company who could teach you a thing or two about releasing hardware too close together, it would be Sega. Lampooned (often quite unfairly) for releasing the 32X and Mega-CD add-ons for their Megadrive, I think their failures can tell us a lot about where the new Playstation and Microsoft machines are likely to stand.

One definite plus is that the new machines (leaving aside any VR gubbins) are stand alone units. If I want a Scorpio, I only have to buy the Scorpio itself. This is fantastic as, even ignoring inflation, I’d wager the cost of the Scorpio will come in at less than the original retail price for the full set of Megadrive add ons.

Equally, Microsoft have also confirmed that all software will run on all of the various Xbox Machines, so game developers won’t be forced to choose between developing for the more exciting console or the largest possible audience. This is definitely good news.

Unfortunately, I’d argue, that’s where the good news probably ends, as Sony and Microsoft will have to deal with some issues that Sega didn’t have to worry about in the good old days. In 1984, for example, Sega decided to release an upgraded version of their SG-1000 console that (unlike the original) didn’t look like it had been vacuum formed in someone’s shed. They were able to do this because the original console was basically an abject failure, so there wasn’t much of a user base to upset. Both the PS4 and the XB1 have done reasonably well, so it’ll be interesting to see how fans take to their shiny new console becoming so quickly obsolete. 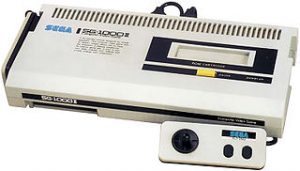 A final problem is the game themselves. Microsoft and Sony might well have dodged one pitfall by making the software universal, but there’s a very careful balancing act to be performed here. If the games effectively end up as XB1 titles given a slight resolution bump on the new hardware, those who shell out for the new system might be underwhelmed. If, however, the games developed for the Scorpio and run poorly on the original hardware, a lot of early adopters will be justifiably upset.

Either way, I think the current gaming giants have opted to play on a bit of a sticky wicket here. The gaming press might be talking about this as a brave and daring new model for the console industry, but I can’t but feel it’s simply a new skin for a tried, tested and not overly successful one from the past.

One Reply to “Shiny New Toys!”