I originally had the idea for this while putting together the Megadrive-tinged half of my Attack of The Terrible Lizard Kitty album. I was trying desperately to keep the music I was writing for AoTTLK within the constrains of the Megadrive sound environment and, naturally, this led me to looking deeper and deeper into the main chip powering it all – the YM2612.

At the time the Megadrive was released, Yamaha had been researching FM technology for over a decade. The YM2612 was a chip clearly selected for its cost rather than its feature set, but because it appeared so late in the day it still had a number of interesting characteristics regardless of its’ price point. These included features like a speech synthesis capability that weren’t actually utilised in any Megadrive games. 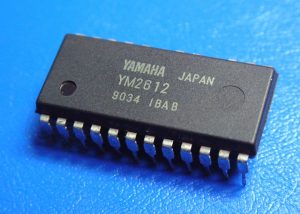 Consequently, I thought it would be interesting to see what would happen if you used the Megadrive’s YM2612 as a digital synthesiser in its own right, without imposing the restrictions that are inevitably forced on the chip by using it within the confines of a Megadrive. In practice, this meant:

Of course, you can’t record an album from a technical perspective alone, so having decided to devote an album to the YM2612 I was left with the question of musical direction.

Thankfully, this one answered itself. Over the last decade I’ve had an increasing interest in a number of different forms of Jazz  – from electronic artists that merely dabbled with Jazzy textures, right through to the more bizarre end of spectrum occupied by the likes Sun Ra – and the genre seemed like an avenue worth exploring properly. I had, after all, already dipped my toe into the water with Fatnick Jazz on my first LP.

These two ideas were remarkably good bedfellows. From the ambitious space-jazz found in Galaxy Force (covered on Modulated Frequencies) to the Bossa Nova inspired tracks on Outrun, Jazz was heavily present in the DNA of many a great Sega soundtrack. Consequently, a Fusion-tinged album seemed to be the perfect way of paying tribute to the influence their composers have had on me over the years. Hurrah! 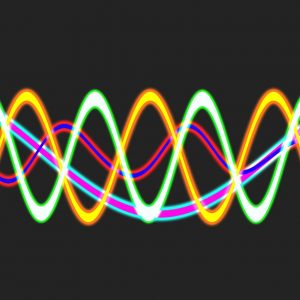 The result of all that, then, is Modulated Frequencies. It probably isn’t the most accomplished Jazz album you’ll hear this year, but I had a lot of fun making it so I hope you enjoy listening to it too.

Oh, one last thing for all you Sega fans out there: I tried to take all of my FM sounds in a different direction where possible, but most of them have origins in instrument sounds used in actual games. Can you guess where they came from?

Listen to the album now on Spotify (or bandcamp, Tidal, iTunes, Google and the rest!)