Criticism of the presence of politics in videogames seems a bit bizarre. Did none of the complainers play Desert Strike when growing up?  Or Civilisation? Or Theme Park?

There remains, however, one complaint that seems like it may have some validity: Surely no one can deny that, since 2010, gaming had been invaded by politically-correct outsiders who are intent on altering the evolution of gaming so that themes that appeal to traditional “hardcore” games are replaced with something that reflects their own ideals.

After all, if sexism in videogames was such a big deal, we would have heard it on the other side of the twenty-first century, right? 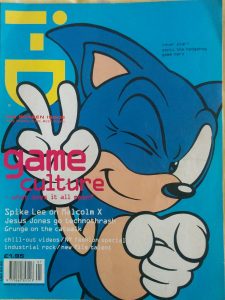 Enter the January 1993 edition of UK-based magazine, I-D. From the cover – a victory-sign toting Sonic the Hedgehog standing against a pale blue background – you might presume that I-D is a games mag. it’s not:I-D is actually an alternative Fashion rag. The reason for the presence of Sega’s blue-tinged Erinaceinae on the cover of this particular issue was the presence of an interesting round-table discussion of the games industry.

How thorough a discussion could you expect from a fashion mag? Actually a surprisingly detailed one. Featuring a panel that included Dominik Diamond (host of trailblazing videogames-based show Games master,) Plus representatives from Sega, Accolade and the designers behind CD-I title Free Space, it’s an informed article that touches on a number of key themes at the time: the high cost of games carts, the emergence of CD technology and the risks posed to gaming creativity from the past time becoming ‘mainstream.’

But what of the subject of sexism and gender balance? This is actually covered pretty in depth:

Lopez: Most computer games are incredibly sexist. Female characters are always being rescued. They always have females in the traditional role of the princess in a tower and their clothes always fall off…

Diamond: What about Nintendo’s Barbie travesty? They created a game for girls called Barbie Goes Shopping and she simply goes shopping. That’s even worse than just having all male characters.

Lopez: So few play computer games because girls are either ultimately not interested or because tey haven’t actually designed games that appeal to girls.

Bowen: Until Sonic that appeal of ganes was traditionally male. I’ve seen research material that shows the proportion of males to females playing Sonic is far more equal than with most games..

It goes on longer, but you get the point, I hope: Back in 1993, a collection of gaming industry insiders (from both the media and development side of the business) knew that the industry had an issue with gender representation, and hoped to take steps to address this. There may or may not have been an influx of bandwagon jumpers since the end of the noughties, but if you’re younger than 24 the issue of sexism in videogames has been around longer than you have. 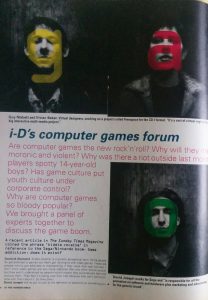 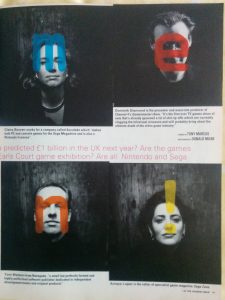 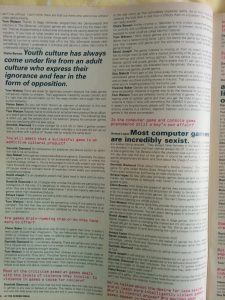 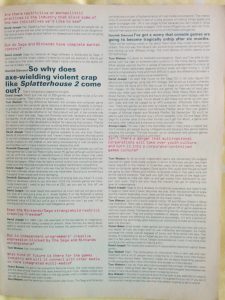