Analogue Televsion standards, eh. They’re not something you have to think about everyday, are they?

That is, of course, unless you were French and bought an Atari VCS. If you were, instead of looking like this: 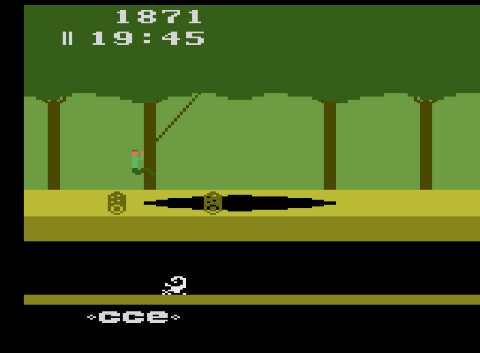 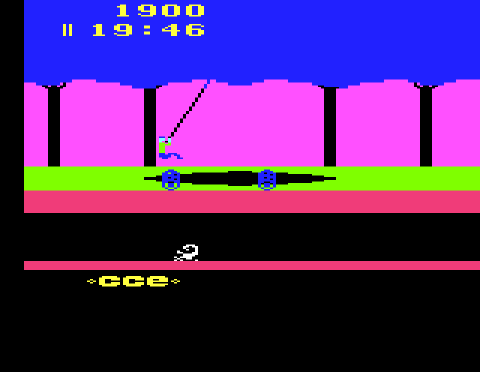 What on earth was going on?

Well colour TVs in France used a standard called SECAM, which was slightly different to both PAL and NTSC.

As much as the patriotic Englishman in me would love to write this off as the French deliberately being difficult, NTSC, PAL and SECAM were all equally valid formats that had slightly different priorities when it came to carrying the different elements needed to display a colour picture:

SECAMs main achilles heel, however, was its acceptance. Though there were millions of SECAM used in the USSR, in the late 70s these were beyond the reach of us lowly capitalist pig-dogs. This left just France and a few African/Middle Eastern countries as the viable SECAM markets Atari could penetrate. 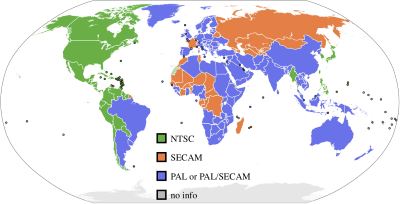 For Atari, this was a problem. The much wider acceptance of PAL made the design and construction of a PAL version of the VCS’ TIA video chip a no-brainer. However, they couldn’t physically reach enough SECAM sets to make the design of a full SECAM TIA viable. Thankfully they were helped by another friend of the retrogamer: backwards compatibility.

Games consoles, after all, are not the only things designed to be backwardly compatible. To get around the issue of the millions of monochrome TVs that would coexist with the new colour standards, NTSC, PAL and SECAM were all designed to piggy back onto existing black and white transmission standards.

This was less than an ideal solution, however. The monochrome LUM values only gave Atari 8 on screen colours to play with (as opposed to the NTSC machine’s theoretical 128), and while programmers were normally able to freely make their own colour choices, SECAM titles all had to use the same 8 hard-coded shades. 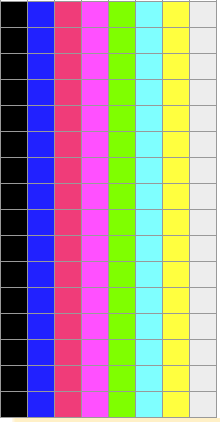 The SECAM colour palette in all its glory

Indeed, rather than merely being less than ideal, This solution seems to have been a major headache. The monochrome values were supposed to apply to progressive shades of light and dark. They weren’t supposed to flit around the colour spectrum like some sort of demented butterfly. As a consequence of this, there wasn’t really any way of generating a sensible 8-colour palette from the colour information held in an NTSC rom file.   Programmers had to re-code the colours manually – something that presumably presented financial and logistical challenges.

Then, of course, there were the hard-coded colour choices themselves. I’d be interested to know what the thinking was here, as Atari seen to have gone for the absolute brightest colours in VCS palette, greatly increasing the chances of ending up with some really weird looking games. Atari, apparently, were big believers in going big or going home.

Mind you, with all of that said, i’m a fan of Atari’s crazy SECAM palette. Because it is so severely restricted and relies on such bold colour choices, i find it highly evocative of the ZX Spectrum. Indeed its more Spectrummy than the spectrum in some respects: While the Atari colours are always turned up to the max, the Spectrum allowed programmers to supplement its brightest colours with 8 slightly more circumspect “dark” versions.

Indeed, I think the SECAM VCS was let down more by the games than by the hardware itself. Though the palette was restricted, too many titles relied on CGA-style cyan and magenta colour swaps, ignoring the strong blue, white, yellow and green the machine offered. Overall then, the SECAM VCS has a unique charm to it that was exploited by far too few of the titles it supported. 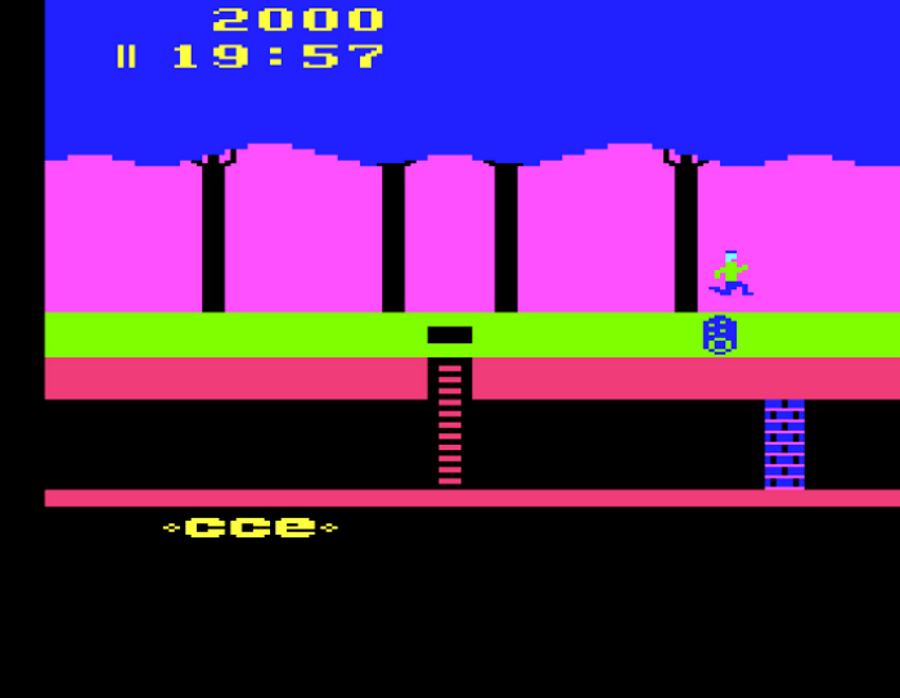 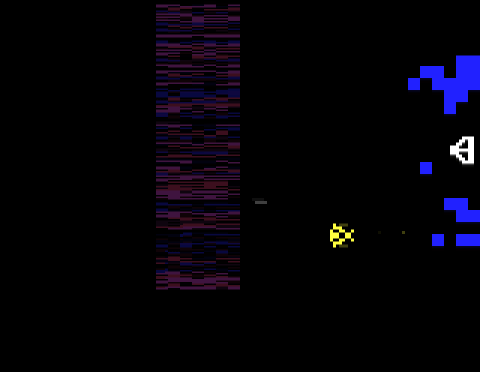 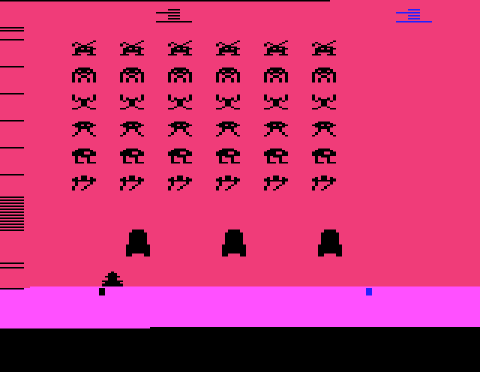 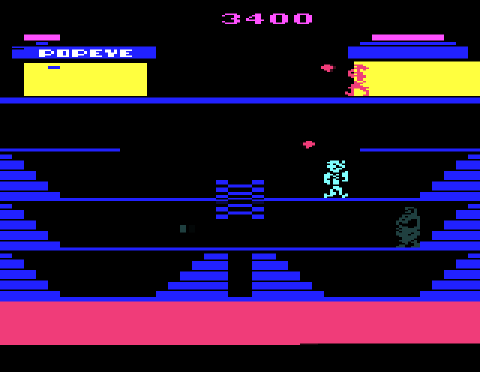 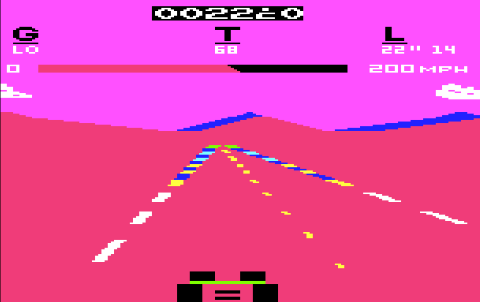 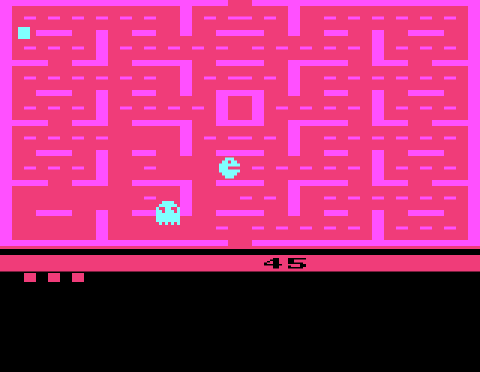 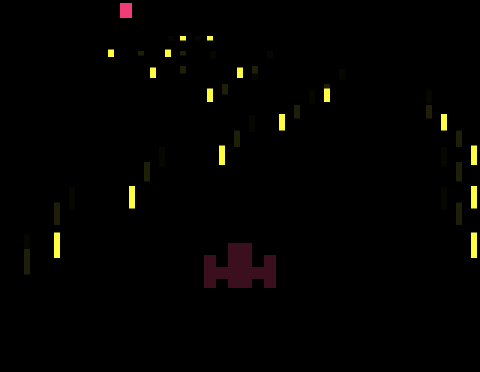 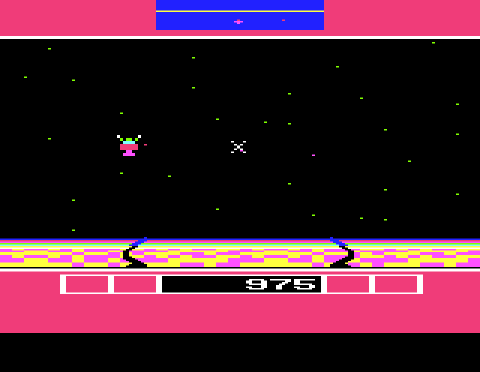 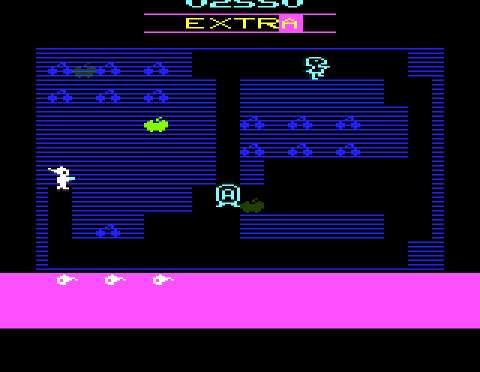 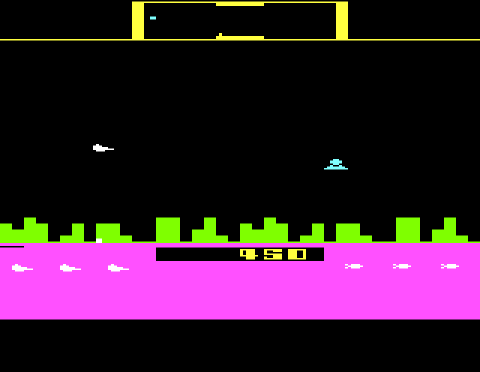 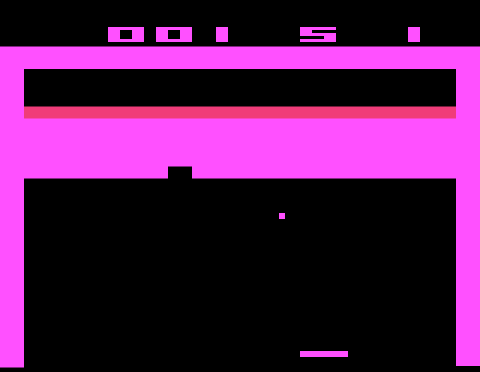 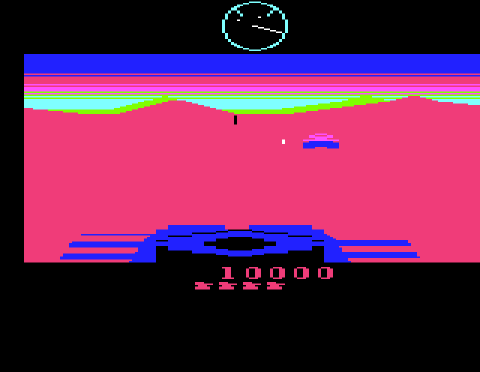