On the whole, sound engines aren’t something people tend to discuss. That’s perfectly understandable really: a sound engine is just a bit of code that allows composers to talk to the sound hardware contained in a console. Even in the relatively niche world of retro gaming discussion, they just aren’t something most people need to spend their time thinking about.

There is one sound engine, however, that bucks this trend: GEMS. Though not quite a household name, invoking it is often enough to strike terror into the hearts of those in the know. It’s apparent crime? The butchery of the music found in many a Western Megadrive game. Blimey. 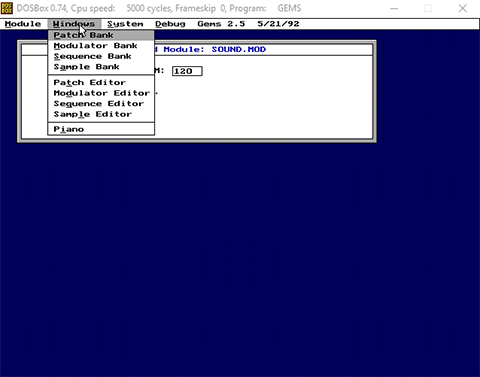 So where did it come from? Well, GEMS was a tool created by some of the sound bods over at Sega of America. An acronym for Genesis Editor for Music and Sound, GEMS was a product born of necessity: the tools provided by Sega of Japan were essentially useless – the only documentation Sega of America received for the Megadrive’s synthesizer chip was a single hand-written memo in Japanese – so Sega’s US branch established a team to create their own solution for getting sound out of the company’s latest black box. GEMS was the product of this and it ended up being the official sound tool used both internally by Sega, and by Sega of America’s third party partners.

What’s the issue with it then? Well, looking at the design of GEMS it’s difficult to understand the negativity, to be honest. On paper, GEMS is an impressive peace of software: it allowed a DOS PC to be plugged into a Megadrive so that the sound output of the hardware could be controlled in real time. The interface was window based (in the days before Windows 3.1) and easy to use. The instrument editor controls were deep and allowed composers to have almost direct control of the registers found on the console’s sound chips. GEMs could even work with the code of the game itself, allowing musicians to write music that could dynamically react to events onscreen as they unfolded in play.

I don’t want to dive too deeply into the program’s features (If you’re interested, you can see these mechanics in action in a fantastic video located here. It’s ok. I’ll wait.) but even the most cursory of glances at the feature set reveals that there was a lot to love about Sega of America’s sound kit. 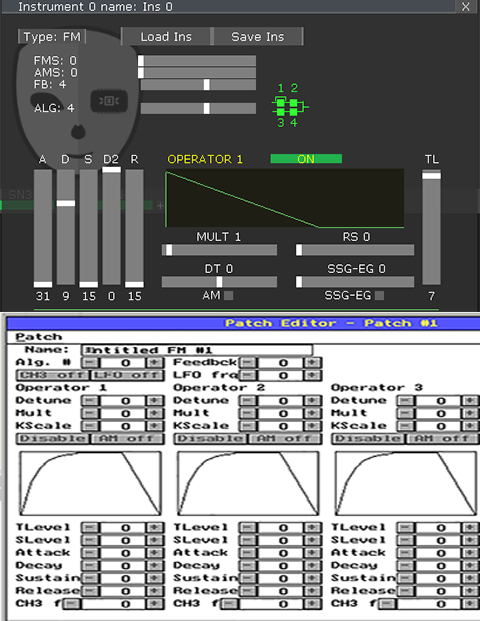 So if GEMS had so many cool features, why does it have such a bad reputation? The central claim about GEMS essentially boils down to GEMS games apparently sounding bad, so we should probably examine whether there was any correlation between the use of the GEMS engine in a game and that game being criticised for its sound.

To try and work this out i’ve had a look at single reviews for 50 different GEMS-based games spread across British, Australian, Brazilian, French and American games mags. This isn’t exactly a scientific methodology by any means – professional games journalists are themselves a small subset of games fans and it’s well documented that there were other factors at work that could impact historical games reviews – but it suits our purposes well enough. We’re not undertaking any sort of forensic analysis here, we’re just looking (with the broadest of brush strokes) at whether GEMS games received terrible scores for their audio. 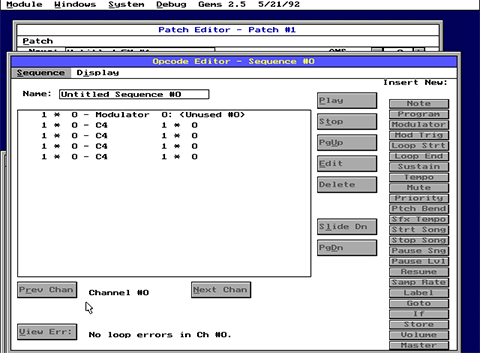 To keep things representative, the sample contains games from every letter of the alphabet and covers the complete spectrum of GEMS output: from big-name blockbusters like Earthworm Jim and Toejam and Earl 2, through to titles of much more questionable quality like The Ooze and Normy’s Beach Babe-o-Rama. If you’re worried about the sample set, You can see the details for yourself here.

So what are the results? Interestingly, whatever way you cut the average, the general sound mark for a GEMS game seems to be in the 70-80% region. Given how heavily gaming publications have traditionally gravitated towards the upper ends of their ranking scales, I’d say that this is pretty much the score we would expect to find.

That isn’t to say that there weren’t any low scores of course. In fact, if we ignore the scores reserved for fundamentally broken games (0-30), GEMS titles cover the entire spectrum pretty comprehensively. While 12% of the examined games achieved at least 90% for their sound, a similar proportion gained scores of just 50% or less (10%) 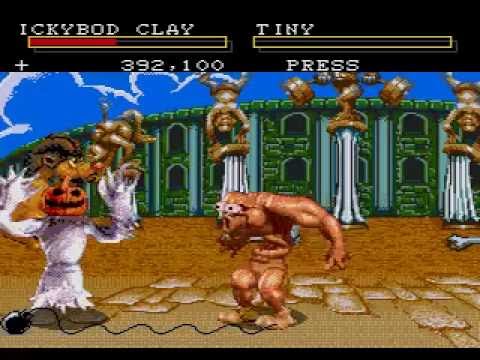 Things get more interesting when we compare a games’ overall scores with their accompanying sound score. If we look at games that received a near perfect overall score of 90%+ overall, then the lowest score we find for sound is a rather-impressive 80%. This is repeated when we looked at the games that scored 90% or more for their sound – of those, the lowest overall score is a highly impressive 87%

This pattern is repeated in the inverse: With the notable exception of Clayfighter (which scored over 80 for sound but just 56 generally,) the highest sound score for games that scored less than 60% is a less-than impressive 68%, with many receiving scores in the 50s and 40s. Likewise, the highest overall score for a game that was awarded less than 61% for its sound is a highly unimpressive 59%

What does any of this mean? As i said before, our sample isn’t fully scientific, but looking at the data we have we can say that there doesn’t seem to be any real correlation between a game using GEMS and having sound that, at the time, was viewed as bad. That’s not to say that there aren’t plenty of GEMS-powered games that featured dodgy soundtracks, it’s just worth remembering that for every Normy’s Beach Babe-O-Rama there was also a Flashback or Robocop Vs Terminator. 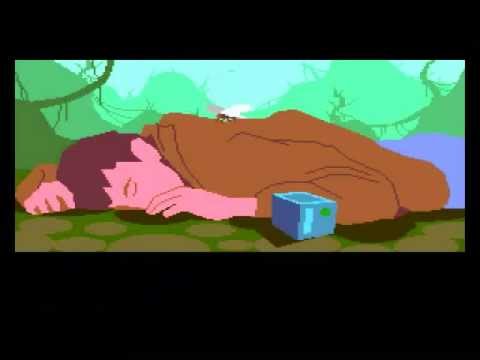 So hang on, if we can say that the general sound quality of GEMS games wasn’t that bad, why on earth does it have such a poor reputation? One thing that quickly becomes apparent when searching for old GEMS-based discussions is that there doesn’t really seem to be any contemporary material. It isn’t a subject touched on in game reviews of the time, and it isn’t something discussed in the usenet Sega groups of the mid-nineties. If there were hoards of 90s gamers and composers queing up to criticise GEMS, they are hidden from the modern view.

Consequently, i think its fairly safe to assume that criticism of GEMs is a relatively recent phenomenon. Quite where it comes from i’m not sure – maybe it’s based on the fact that a game like Sonic Spinball desn’t sound quite as good as its Japanese-produced bretheren. Maybe its based the over-reliance some of the less tech-savy GEMs composers had on the preset instrument sounds supplied with the tool. Maybe it’s the natural effect of the gaming audience taking a much deeper interest in the way games are made. Who knows. For now, I definitely don’t. 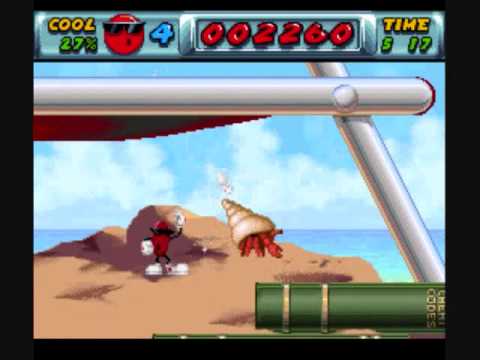 What we can say, however, is that the accepted wisdom about GEMS is based neither on a comprehensive examination of the software’s capabilities, nor on an exhaustive examination of the games library that utilised it. In the context of our current heightened awareness of the role social media plays in spreading disinformation, it’s interesting to see a opinion that must have had relatively obscure origins flower into something that is relatively main stream (well, in Sega retro communities at least.) Though it can be tempting to believe information espoused by people who appear to be experts, I think this exercise acts as a good example of why, when it comes to accepted knowledge, it never hurts to remain a little sceptical.

One Reply to “In Defence of GEMS”