When it was announced that London nightclub Fabric had lost its license back in 2016, It definitely felt like the end of an era. I can’t say i’d exactly been a regular, but i’d had enough fun nights at the club to briefly mourn its loss.

At that point, I personally didn’t expect to make the descent into its subterranean main chamber ever again and, even if I thought there was a slim chance I might, i definitely wouldn’t have expected to do so in order to see video game music royalty perform on their first ever trip to London.

Yet here i was, standing in front of a “Diggin’ in The Carts” sign projected onto the entry way, watching a small crowd gather round a PS4 running in an arcade cabinet and looking longingly at a Megadrive running Street Fighter 2 in the nearby meze bar. 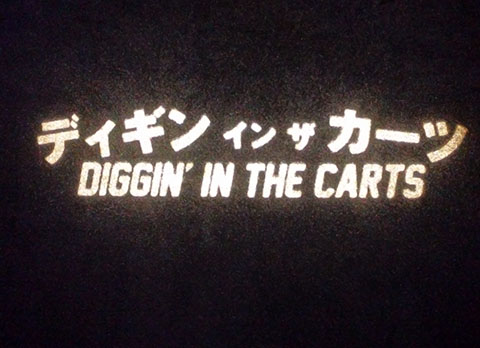 The crowd is odd-looking but friendly. There’s a good few people in Sega shirts (me included. Ha!) some nerdy looking types (erm that’s also me isn’t it?) and a bunch of people who look like they may have turned up by accident expecting a usual Fabric club night (although, watching them go completely barmy over the looped arpeggio from ‘Under Logic’  quickly demonstrated this clearly wasn’t the case. . .)

oops – I’m getting ahead of myself aren’t I?. Early in the evening there’d been an “in conversation. . .” Event which had been restricted to balloted tickets only. I hadn’t been picked but, as i made my way towards the DJ booth, missing out on that hasn’t seemed like such a tremendous loss as the venue crackled with nervous energy and anticipation.

Opening act Kode9 got things off to a blistering start. As both a founding member of both the Dub Step scene and the Hyperdub record label, he could easily be the main attraction himself. His set is superb – it exemplifies a much deeper understanding of videogame music than you would normally expect to find on a night out in town (there was no Super Mario underground theme here) and the way he mixes video game music it into his set is sublime.  its a joy to hear an intense PC-Engine angry wasp buzz over a club sound system, and the visuals from Koji Moromoto are mesmerising.

As much as the crowd are enjoying the performance, it nonetheless feels like the poor chap is up against an impenetrable wall of anticipation for what’s up next. Soon afterwards the crowd get their wish. 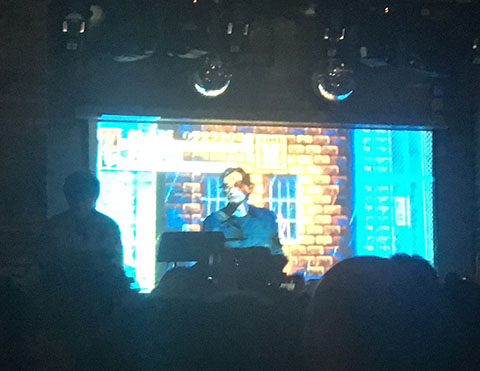 Considering the imposing nature of their legacy, Yuzo Koshiro & Motohiro Kawashima cut two remarkably humble figures as they take to the stage. After some brief tweaking and setup we’re off. What follows is an ingenious hour long mega-mix encompassing the entire Streets of Rage series.

And it’s absolutely fantastic. There’s something definitely quite surreal about standing in a night club and hearing the opening strings from theme tune “The Streets of Rage”. . .and this becomes even more bizarre when the crowd bursts into a spontaneous sing along “DURR-DURR-DURR-DURR-DURR, DURR-DURR-DURR-DURR-DUUURRRRR.”

The theme makes way for the character select music, and then we’re into the main background tracks. The set choices are interesting. There are plenty of fan favourites here – we are treated to the likes of Under Logic, Fighting in the Street and Jungle Base – but it definitely feels like some more popular tracks have been eschewed in favour of piecess that would mix well and sound right on the night.

And what a sound! It’s no secret that the Streets of Rage soundtracks were heavily inspired by club music, but all of the tracks definitely go through some form of transformation by being played in their natural environment.

It definitely helps that the tracks have been given a bit of a nip and a tuck (and the odd adlib) from the guys up on stage, but the inherent bassiness of the Megadrive’s sound output is expanded and enriched by the venue’s intimidating sound system. There are no “robot farts” here – only a vibration so intense that it feels like the core of your soul is being shaken apart. 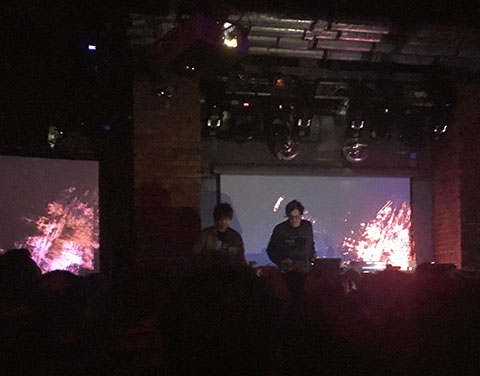 In fact, it’s about more than just the bass – every aspect of the spectrum is improved over the sound system. There’s no mistaking the classic megadrive sounds, but every element of the spectrum has been enriched. Every fizz is fizzier, every whirr whirrier, every “wooooooaaammm,” erm, “woooaaamier.” Streets of Rage always showed the Megadrive in its best light, and here the best has gotten even better. Even the hi-hat sounds – always affected by low-frequency sampling – sound pretty good here.

Speaking of transformations, one of the most interesting things about the set is the amount of Streets of Rage 3 music it contains. Less melodic than the soundtracks for the previous games, Streets of Rage 3 is definitely the redheaded step child of the series in a number of different ways.

However, in a club environment these tracks receive an even more astounding transformation than those found in the earlier titles, with the likes of Spinning Machine gaining an new-found irresistible intensity.  This is clearly the environment in which these tracks were meant to be heard,

The visuals are great too. Starting with Streets of Rage logo and some stock footage of the game being played, these quickly devolve into psychedelic inversions of the game footage – a perfect counterpoint to the magnificent transformation taking place to the audio.

Still, all too quickly the set is over and the two chaps at the front are saluting the crowd. The applause is long and warm and well deserved: Given the relatively anonymous nature of the videogame composer, its feels good to be able to give them such instant and heart-felt feedback. But what’s this? Time for one more? As an encore, the theme from Revenge of Shinobi blasts across the crowd and the crowd go wild once more.

But then it finally is over, and we’re back on the street. There were a couple of more acts following after Koshiro and Kawashima, but as everyone has last tubes and trains to catch most of the crowd has instantly begun to filter towards the cloakroom. London, unfortunately, still has a bit of ground to cover before it can claim to be a city that never sleeps.

I make it to Moorgate station is record time, but my last train has already left leaving a cold trudge over to a long night bus ride home. The night has been fantastic. I regret nothing.