Ok, that’s a not quite the whole picture: Because only forty 32x games were released, making up 10% of the library isn’t really that difficult. Still, all four of the space shooters that made it onto the 32x are worth looking at for one reason or another. Though the most famous of these is Star Wars Arcade (which is understandable because it both launched first and included a HUGE POLYGONAL DEATHSTAR,) it isn’t the best space combat game on the system. For that we have to look to Stellar Assault (or Shadow Squadron as it’s known to you weird US types.) 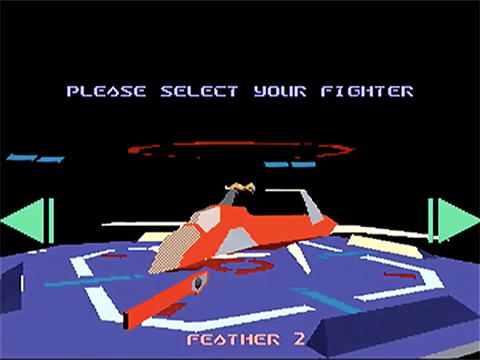 The Second of the two playable ships has a massive cannon on the front of it. This isn’t compensating for anything. no sireee.

Built around a very simple plot – the player takes the role of a space pilot tasked with the minor job of taking down an entire enemy fleet – Stellar Assault is an equally simple game. Made up of six relatively small interstellar arenas, the aim of the game is to blast the targets highlighted in each pre-mission briefing, while avoiding any ordinance hurled back in the opposite direction.

Some stages require you to simply blow up every enemy space ship in the arena, while others allow a slightly more strategic approach by only targeting certain enemy ships. That’s as complicated as it gets mind you – there are none of the obligatory escort or capture missions that complicate more advanced space sims from the era.

So what makes it so fantastic then? Stellar Assault is a shining example of where simplicity can definitely be a good thing. It may only aim to do one thing – dog fighting – but it does that thing stonkingly well.

Take the ship handling, for example. Though Stellar Assault shies away from the likes of the strategic energy load-balancing found in the likes of PC game X-wing, it doesn’t shy away from granting the player full control of the craft’s yaw, roll and speed. This is the best of all possible worlds: The player feels much more empowered than they are in the likes of Galaxy Force or Star Fox, but this doesn’t come at the cost of needing to memorise a keyboard reference chart. On top of this, the fighters (or “Feathers” as they’re known in game) are nimble, responsive and generally a joy to fly. 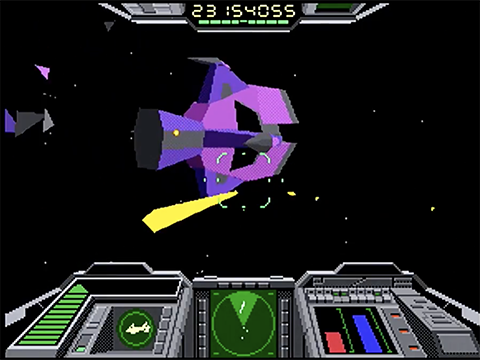 Hey, where’d the other half of the capital ship go?

A responsive player craft  may mean nothing if there isn’t stuff to fight against, but here Stellar Assault delivers once again. The player inevitably comes up against dozens of enemy fighters over the course of their campaign, and though the limited A.I. means these aren’t as aggressive as perhaps they could have been, they’re a good match for the player’s feather in terms of speed and manoeuvrability, so lining up a perfect shot is still an immensely rewarding experience. This is especially true since there’s no padlocking or auto aim to take the skill out of the shot.

Picking off the fighters is fun, but It’s the battles with capital ships that provide Stellar Assault’s finest hour. Taking full advantage of the 32x’s polygon-pushing powers, the enemy’s largest vessels all have fully destructible noses, wings, engines and  hull sections that can be picked off in turn until, finally, the whole thing explodes in hugely edifying fireball. Blowing them out of the stars is a lot of fun though more challenging that the fighters. They may look like sitting ducks, but all of the capital ships have endless volleys of missiles which they won’t hesitate to chuck your way. Eek. 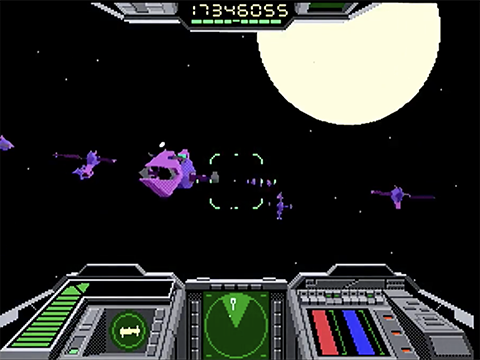 Some stages have a LOT of big ships for you to blow up.

The core mechanics of Stellar Assault are good fun then, but can a short, relatively simple game really be considered great? I think the first thing to be said for Stellar Assault is that, though a home-only release, it was clearly a game from Sega’s arcade tradition. Considering that the games six stages all have an element of novelty to them (asteroid belts, huge ships the player has to fly inside etc) and the whole thing can be completed in 20 minutes, it should be considered as a bonefide a  arcade game even if it never found a home inside of a cabinet.

Seen in that context, i feel it holds up rather well. Stellar Assault isn’t the kind of game you’ll devote a month of your life to, but it’s incredibly short length and addictive core gameplay lend themselves to frequent replay. Much like a Space Harrier or Sega Rally, it’s the sort of game you can always find time to have a 20 minute blast  of before/after you play something else. 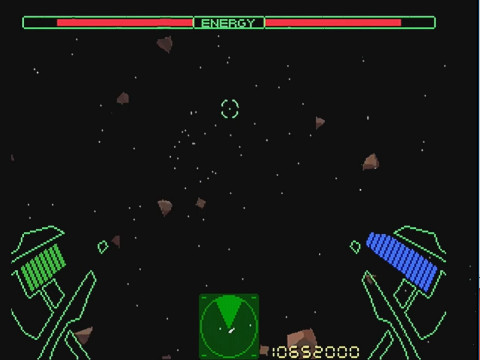 The game as lots of little touches. The two controllable ships have, for example, completely different cockpits and take-off sequences.

This reaplayability is helped by having multiple ways to play the game. In particular, the differences between the two playable craft are helpful as they force the player towards different styles of play. Though armed with a much weaker set of weaponry, the first feather is shadowed by a supply ship who refuels and repairs it at the end of each stage. This makes it harder to survive each individual mission, but means the player only has to worry about survival in the short term.

Physically larger, and with a much more powerful set of weapons to boot, the second feather presents the player with the inverse challenge: Surviving each individual stage is easier, but the craft has one central reserve of energy that must both repair its shields and act as its fuel source for the entire game, so  frugality and long term planning are key. 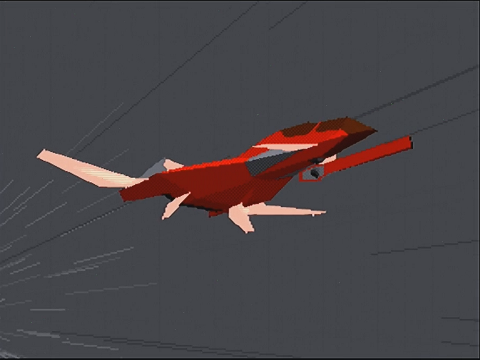 “Trace” mode allows you to watch a replay of your last game. Along with the model viewer, you could tell they were really exicted about the prospect of working in 3d.

Alongside the differences between the craft, there are two different ways to play as well. Though flying the feathers is tremendous fun, there’s also a mode where the ship flies itself instead. This gives the player control over the weapons only and effectively switches Stellar Assault from a space combat game to a rail shooter. It probably isn’t quite as exciting as a genuine rail shooter, but it definitely provides a different set of challenges – especially since the autopilot seems to have no fear of missile launchers.

It may not be the longest game in the world then, but Stellar Assault is one of the best games on the 32x. Though it doesn’t have the backing of a fancy license, tight arcade pacing and intense space combat mean that it doesn’t really need it – especially since, from remappable ship colours to an instant replay mode – it has so many nice presentational flourishes.

32xs might not be the most common machines to find these days, but if you like spacey stuff and stumble upon one then Stellar Assault is a game you will definitely, definitely want to track down.