Strider: The Unfortunate Mr Hiryu by Fatnick - 02-14-2020
In gaming there are the origin stories we all know – like the origins of Mario and Sonic the hedgehog – but there are many more characters who remain relatively obscure - like the stars of most microcomputer budget games or Japanese cassette 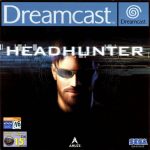 Retrospective: Headhunter by Fatnick - 12-22-2019
Uh oh, Christmas is inevitably a time for misty-eyed nostalgia isn't it? Oh well - at least its the perfect time to look back 18 years to the festivities of 2001, back to the first time I played Headhunter on the Sega Dreamcast. The back-half of 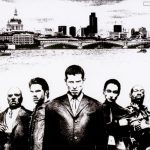 Carjacking down Memory Lane: Returning to The Getaway's Digital London in 2019 by Fatnick - 07-23-2019
This article was originally posted over at https://www.gametripper.co.uk. Why not head over there and see what lovely articles they have ready for you to read right now? (well, after you've read this one obviously) When is a game not a game? The

Retro Review: Chase HQ (Zx Spectrum) by Fatnick - 11-20-2018
On reflection, it’s probably a minor miracle that the world ever persuaded us that £40 to £50 cartridge games were the way to go. Back in the early 90s, you could probably count yourself lucky if Father Christmas slyly dropped one or two video 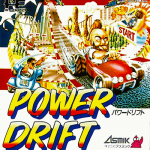 In Pursuit of Power Drift by Fatnick - 09-10-2018
Does any game own its genre as effectively as Mario Kart? Sure, the more po-faced among the racing brigade might draw influence from other (more realistic) avenues, but if you're looking towards making a light-hearted kart racer, it's

"IRQ: 7" - The Complicated World of early MS-DOS Sound Options by Fatnick - 09-03-2018
Modern games consoles, eh? With their bundled hard drives and insatiable hunger for game patches, they're effectively just user-friendly PCs aren't they? Yes, even you over there in the corner, Mr Switch. Hang on though! When you think about it, the

The 32x Wasn't that bad, really. by Fatnick - 04-27-2018
For those willing to dabble in the murky world of emulation sites, the internet offers the most bizarre game prototype as a trophy. Produced for Sega's 32x Megadrive expansion and dubbed Virtua Hamster, the game puts the player in

Retrospective: Flames of Freedom: Midwinter 2 by Fatnick - 04-29-2017
Oh look! Rock Paper Shotgun have posted a focused (though short and somewhat incomplete) look at one of my favourite PC classics of all time, Midwinter 2: Flames of Freedom. You can read it if you want. I'll wait. To be fair to it, I think the

Review A Bad Game Day 2016: The Getaway by Fatnick - 08-06-2016
For review a bad game day this year I've decided to look at a Play Station 2 title. I know some people view the PS2 as being too new to truly count as a retro console and, considering its' abilities to deliver fully textured worlds streamed from

A.B. Cop by Fatnick - 06-07-2016
If you've read any of my posts around here, you probably know that, if there's one thing I love, it's a good Sega arcade game. Consequently, I was VERY excited to recently discover one that I'd never played before: A.B. Cop. Never heard of A.B.

The Megadrive is 25 Years Old...Part II by Fatnick - 11-30-2015
Blimey! it's been two years since I, err, celebrated the Megadrive's quarter century by destroying a cartridge. Weirdly, however, the Megadrive's 25 again today. How can that be? Well, two flippin years was the amount of time it took for the

Review A Great Game Day 2015: The Trapdoor by Fatnick - 04-08-2015
Somewhere in the dark and nasty regions, where nobody goes, stands an ancient castle. Deep within this dank and uninviting place, lives Berk, overworked servant of "the thing upstairs" But that's nothing compared to the horrors that lurk

I'm Sorry! by Fatnick - 02-26-2015
One of the most exciting things about having an extensive MAME library ( on my unjailbroken iPhone as well. HA!) is that it allows you to access to all kinds of weird and wonderful titles that would be incredibly difficult to find in the physical

Push Off You Disgusting Pervert: Streaker (ZX Spectrum) by Fatnick - 09-05-2014
With all the talk of ZX Spectrum related stuff on here lately, why don't we take a look at another Speccy classic: Streaker. First a shocking admission. We didn't actually own an official copy of Streaker over at Fatnick towers. Our copy was an

Review A Bad Game Day 2014: Give My Regards To Broadstreet by Fatnick - 08-08-2014
Is it that time of year already?  four months ago we looked at a truly great game, so now it's time to look at something utterly dreadful. Blimey. My nomination for this year's review a bad game day is 1985 Spectrum title "Give My Regards To

Megadrive Hard Drivin': A Defence by Fatnick - 07-26-2014
The internet community's a funny old thing isn't it? In the old days, the only options you had for judging a game's overall popularity were ELSPA charts and magazine reviews . Nowadays, even the most obscure titles have fan pages, gamefaqs entries

Why Wasn't it released Here: Chase HQ II by Fatnick - 06-14-2014
Maybe its just me, but there's few gaming things more exciting than an import-only game. From the feeling exclusivity, to the illicitness of owning something you were never supposed to own, nothing quite beats it. It does beg the question though:

The Other Outruns by Fatnick - 05-31-2014
As we've already established, I like Outrun. Probably to an unhealthy extent. In fact, not only do I love the original arcade Outruns (in all their many ports and guises) but I even love the weird and widely ignored console-only Outrun games as

Review a Great Game Day 2014: Hijack by Fatnick - 04-07-2014
Do you remember Review A Great Game Day 2013? No? That's ok. It was a while ago (a year, in fact) and a lot has happened in the interim. So then Last year, I chose to review the rather tremendous Speccy Beat 'em up Target Renegade, but it was a very

Outrun: The Spectrum Ports by Fatnick - 02-27-2014
Its cold, its wet, its nasty and half the country is underwater. There's only one thing for it: it's time for an Outrun marathon. Dissapointingly though, Outrun is covered pretty well online. From dedicated fan sites through to socialist

Christmas Games by Fatnick - 12-28-2013
With the family packed off an the turkey completely devoured, now's the time to generally start getting stuck into the Christmas games. Hurrah! No no, not games set at Christmas (although there are some that were definitely worth a mention,) this 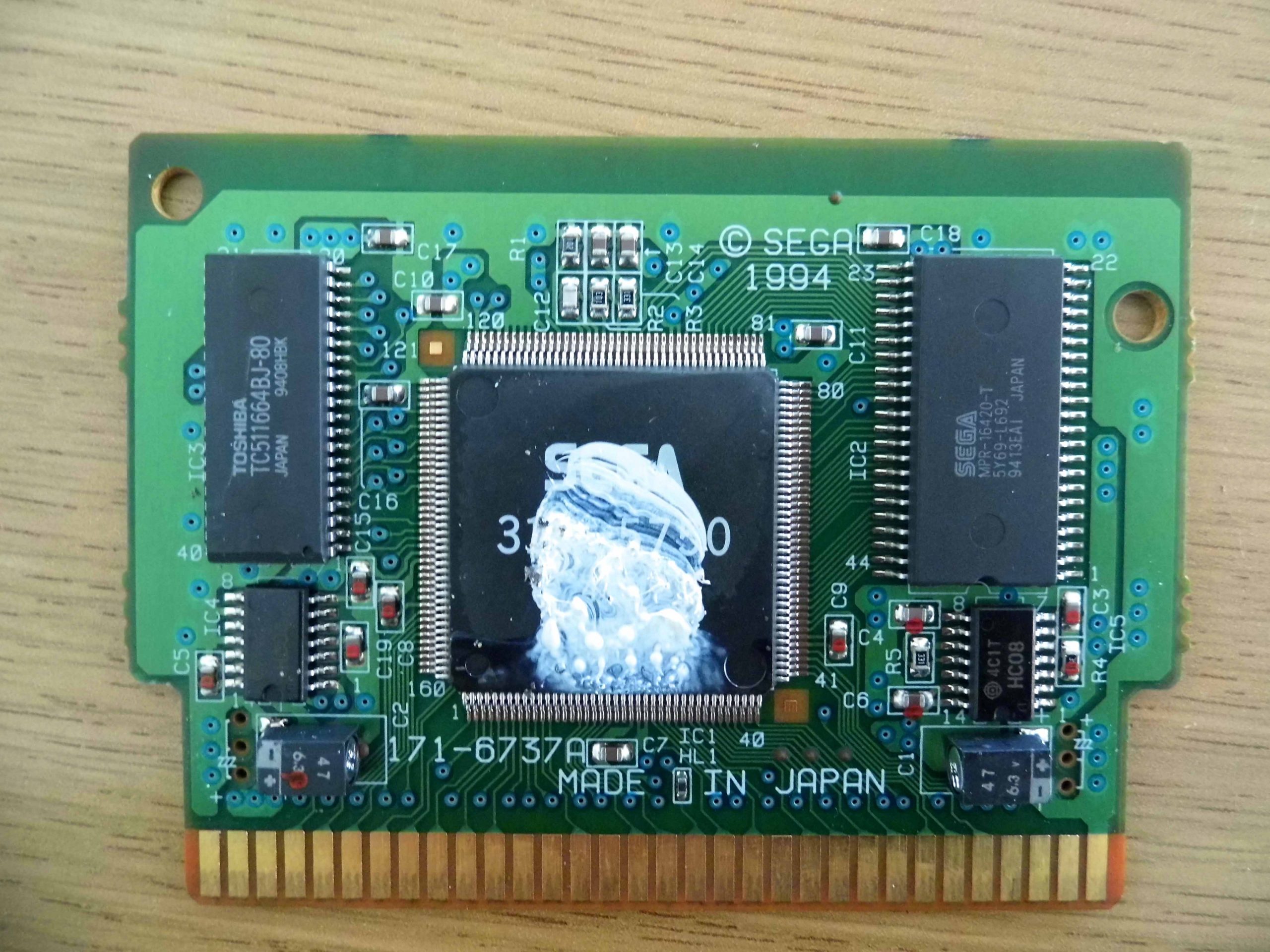 The Megadrive is 25 years old. Let's celebrate by Smashing a Cartridge. by Fatnick - 10-29-2013
Cor! The Sega Megadrive has reached the same age as a 25 year old person. That's a quarter of a century! Do you feel old? I do. How do you celebrate such a momentous event? Well, I have vandalised a cartridge. A Virtua Racing cartirdge, to be

The Art of Porting: Strider by Fatnick - 09-05-2013
So today i want to talk about Strider on the Master System. Licensed by Sega but developed by Tiertex (they of HKM fame,) it's a largely terrible conversion. This is a bit odd though. Tiertex also put together the Spectrum port, which was

If we're honest, Street Fighter 2 Was a bit poor. by Fatnick - 08-22-2013
The weird difficulty spikes, the jerky animations, the single playable character. what? You didn't think we were talking about timeless classic "The World Warrior" did you? No, no, no! This is about the original sequel to Street Fighter, the

Night Trap:The Most Dangerous Game Of All by Fatnick - 07-05-2013
So the other day,  1morepodcastle host/Nintendo Legend author Eric Bailey posed an interesting question on twitter:   What single video game has contributed more than any other to the public's negative perception of gaming? — Eric Bailey

Outrun Europa by Fatnick - 06-27-2013
So the other day i popped down to  RetroGameBase in Streatham  ( absolutely amazing shop by the way - well, well, well worth a visit.) Despite an alarming amount of temptation sitting on every shelf, I managed to escape with just a couple of titles

8th April: Review A Great Game Day by Fatnick - 04-08-2013
Right, so according to the nice chaps over at 1morecastle.com, today is review a great game day! Hurrah! But there are so many great games, how can you pick just one? should it be for the Megadrive? Saturn? What about the Snes, PS1 or N64? How

Still got it by Fatnick - 04-04-2013
So over the Easter Break I liberated my old Master System 2 from my parent's house. This is pretty exciting stuff: The Master System was my very first cartridge-based console. Woo hoo! Having got her home and booted her up, here's a video of me

Wing War by Fatnick - 03-19-2013
The great thing about mucking around with old arcade games is that, sometimes, you stumble across half-remembered titles which you weren't completely sure existed. One title, for me, is Sega's 1994 title Wing

Sega Classic: Action Fighter by Fatnick - 03-14-2013
Because it's taken me AGES (to be this good, etc) to find a decent MAME/front end combination for the mac, we might as well get our money's worth - so here's a review of forgotten Sega classic, Action Fighter. Hurrah! Ok so describing this one as

Retro Review: Riot City by Fatnick - 03-11-2013
For anyone wondering (ok, so you probably weren't) the vocal samples from Monkey Man come from an old Sega-published Brawler called 'Riot City.' Never Heard of it? Me neither, until i discovered the soundtrack over on this site.  Lets load her up 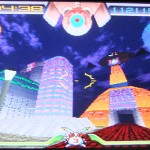 Procrastination Exercise Two: Jumping Flash by Fatnick - 01-07-2013
I've always had a bit of a soft spot for Jumping Flash! I first encountered it on one of the demo disks (what a quaint concept!) originally bundled with the Playstation One  (the disk also included demos of Wipeout, Ridge Racer Revolution and a 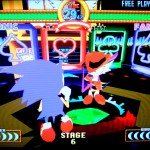 Procrastination Exercise One: Sonic the Fighters by Fatnick - 12-12-2012
Creating Fatherhood required a surprising amount of mental discipline, thanks to a sudden and almost irresistible urge for PROCRASTINATION. Consequently, I thought I'd do a quick couple of posts on the things that have been distracting me over the 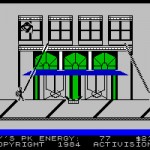 Ghostbusters! by Fatnick - 08-31-2012
El Reg have written a retrospective on one of my favourite Speccy Games, Ghostbusters: Considering I was late onto the Speccy scene, arriving
Scroll Up